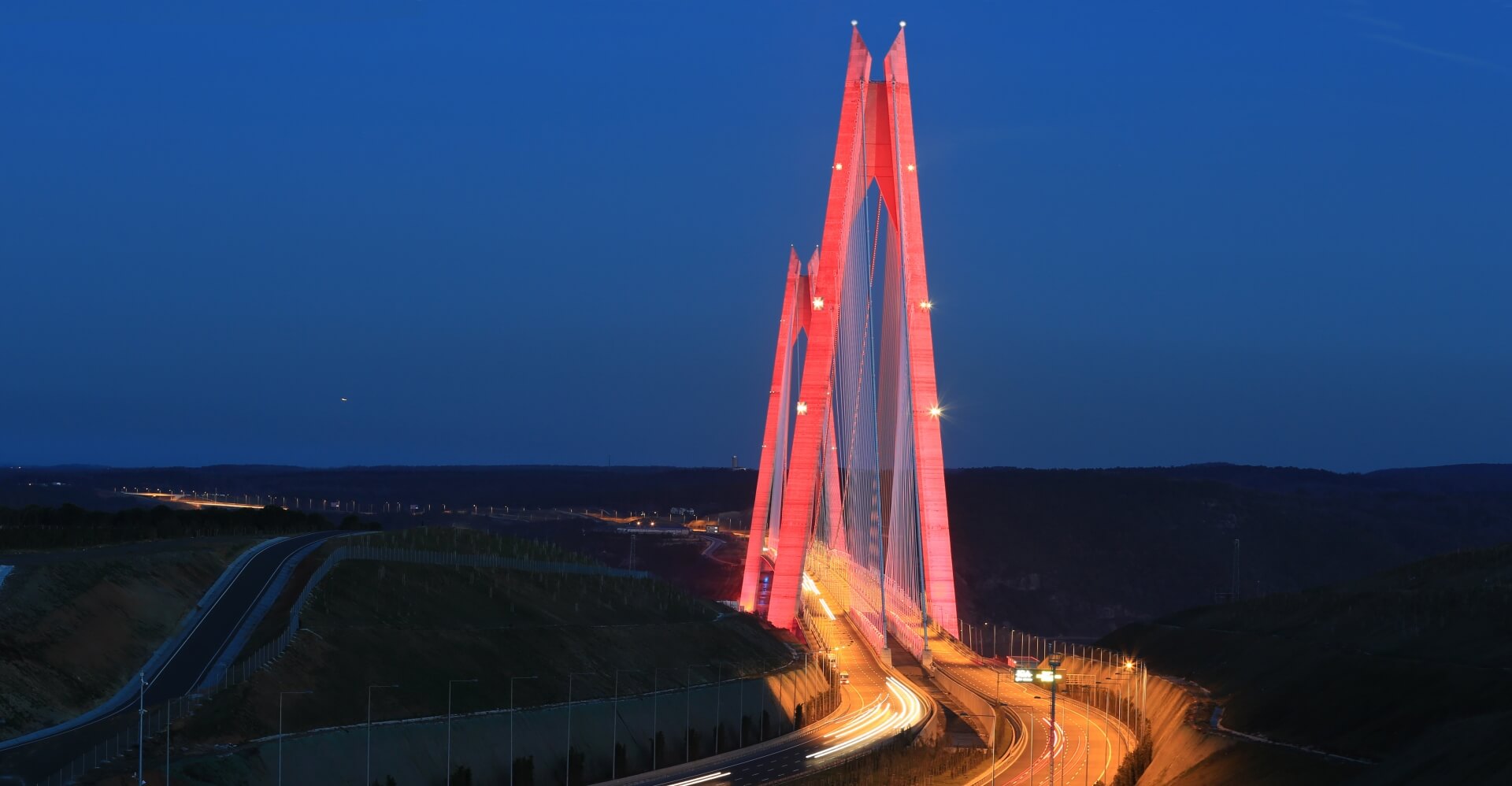 The Yavuz Sultan Selim Bridge (Yavuz Sultan Selim name is ninth sultan of Ottoman Empire) is a bridge for rail and motor vehicle transit over the Bosphorus strait, to the north of two existing suspension bridges in Istanbul, Turkey. It was firstly named the Third Bosphorus Bridge because it is 3rd bridge that provides a vital link between the Europe and Asia.

Wetra High Intensity LED Obstruction lights are preffered for air traffic safety of the bridge. For Aviation lighting, 4 pcs HIOL-A-360° on the top and 36 pcs HIOL-A-120° for marking of alongside of the bridge are applied and its totally appropriate with ICAO and FAA rules. All the lamps are lighting synchronous through GPS system.

We were in the site of the bridge to assist Siemens technical team when the entire system was rolled out. We corrected the erroneous operations and made GPS, Twilight and night sensors correctly positioned. Our technical team, that specializes about Aviation obstruction lights, worked until the LED Aviation obstruction lighting system running correctly.

We light up the airspace of the Istanbul Bosphorus

Please keep in touch with us for your aircraft warning light requirements!