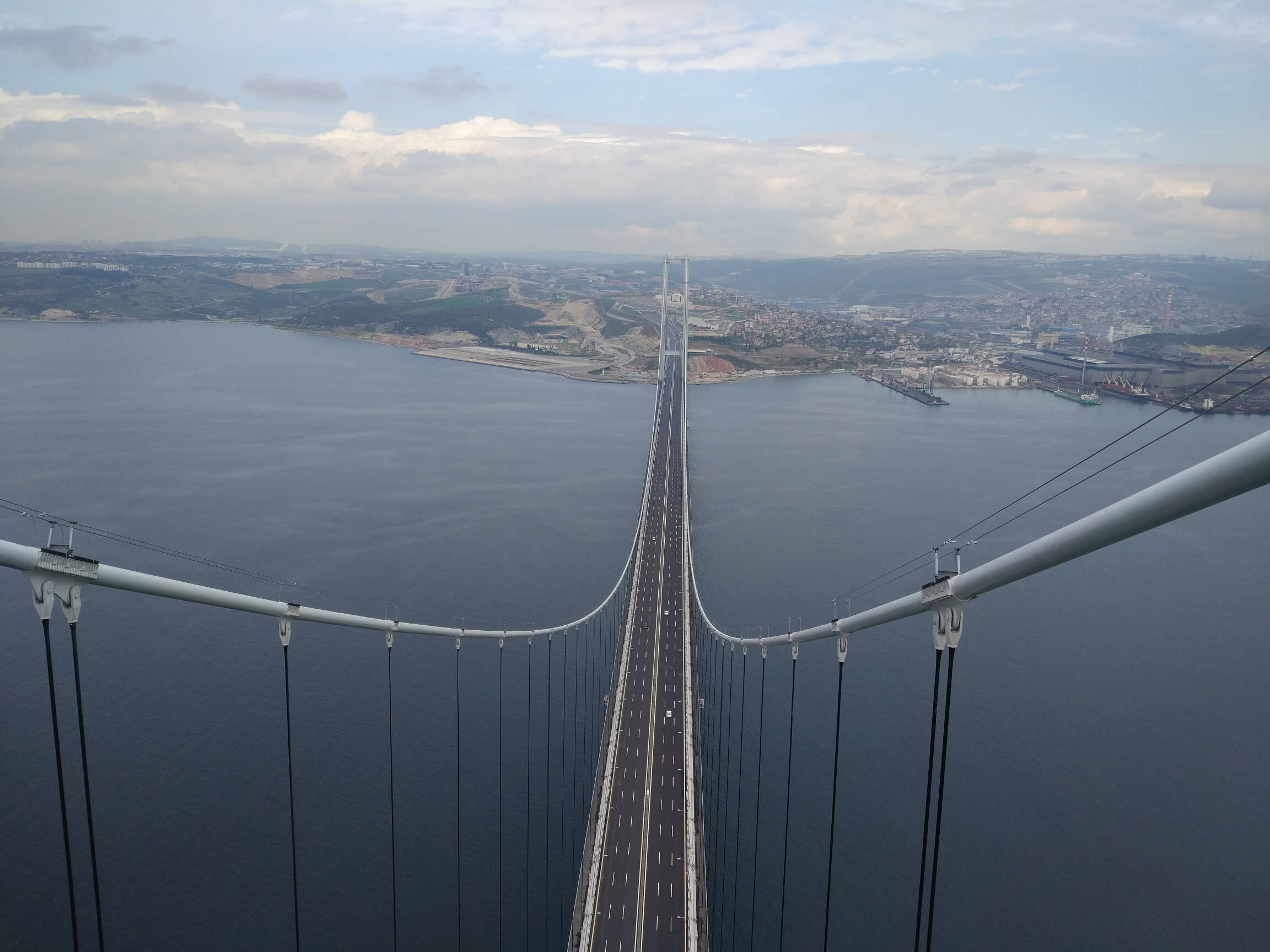 The Osman Gazi Bridge( it is a name of founder of the Ottoman Empire) is a suspension bridge, located at the Gulf of Izmit along the eastern end of the Sea of Marmara, in close vicinity of Izmit and approximately 50 km southeast of Istanbul, Turkey. It is the fourth-longest suspension bridge in the world by the length of its central span.

Wetra High Intensity LED Obstruction lights are preffered for air traffic safety of the bridge. For Aviation lighting, 4 pcs HIOL-A-360° on the top and 24 pcs HIOL-A-120° (12 pcs of them are EMG)  for marking alongside of the bridge are applied and its totally appropriate with ICAO and FAA rules. All the lamps are lighting synchronous through GPS system.

Shortly, Osmangazi Bay Bridge is one of the biggest structures in Turkey and it has Luxsolar high intensity aircraft warning lights system. It is great reference for our products.

Please keep in touch with us for your aircraft warning light requirements!